Every poker player knows that a poker tournament can be like a roller coaster ride  – it is full of ups and downs and makes it tickle in your stomach!

And you will find plenty of roller coaster rides at the fourth edition of Coolbet Open, which will be played on 12-17 November at the Hilton Tallinn Park.

The schedule has now been released and will feature 27 events. Some of the events even have a roller coaster themed name.

E.g. The Coolbet Open Roller Coaster (event 9) is a regular No-Limit Hold’em tournament, but the blind levels rotates and loops from 10, 9, 8, 7, 6 and minutes each. The buy-in will only be €60 with the option for unlimited re-entries.

“Our goal with Coolbet Open has always been to give players a fun time. For this edition of Coolbet Open we wanted to emphasize the fun part and have created a few new events where the players for sure will feel a bit extra butterflies in the stomach”, Thomas Hviid, Poker Manager at Coolbet, says.

“We worked hard to make sure we’ll have a tournament schedule as versatile and fun as possible. The Coolbet Open November edition will be bigger than ever and I am so looking forward to seeing everybody there. Gonna be one extremely fun and action-packed poker week!”

Regular Coolbet Open players will also see some familiar tournaments on the schedule.

The Main Event will once again be a €550 No-Limit Hold’em with unlimited re-entries until the end of the first level on day 2. There will be a small change to the structure this time though, as the blind levels will be kept at 45 minutes on day 2 and 3.

This is to accommodate that the Main Event is likely to become as big as in October last year where there were 589 entries in total and a massive prize pool of €285k.

Back on the schedule from October is also the €330 Pokerisivut Open, which will be hosted together with the largest poker news site in Finland, Pokerisivut. This will be a two-day event with the option for re-entry until the end of the first level on day 2.

“Several players have been requesting an 8-game tournament for Coolbet Open, and I love to play 8-game myself. It is such a fun game which at the same time requires a bit extra skill as a poker player. We hope many players will test their poker skills in this tournament”, Thomas Hviid adds.

Package satellites are already running on Coolbet.com and seat only satellites will be added from next week.

If you are looking for accommodation in Tallinn during the event, we recommend that you take advantage of our discounted rates at the Radisson Blu Hotel Olümpia or Park Inn by Radisson Central Hotel Tallinn. At the time of writing, the Hilton Tallinn Park is sold out. 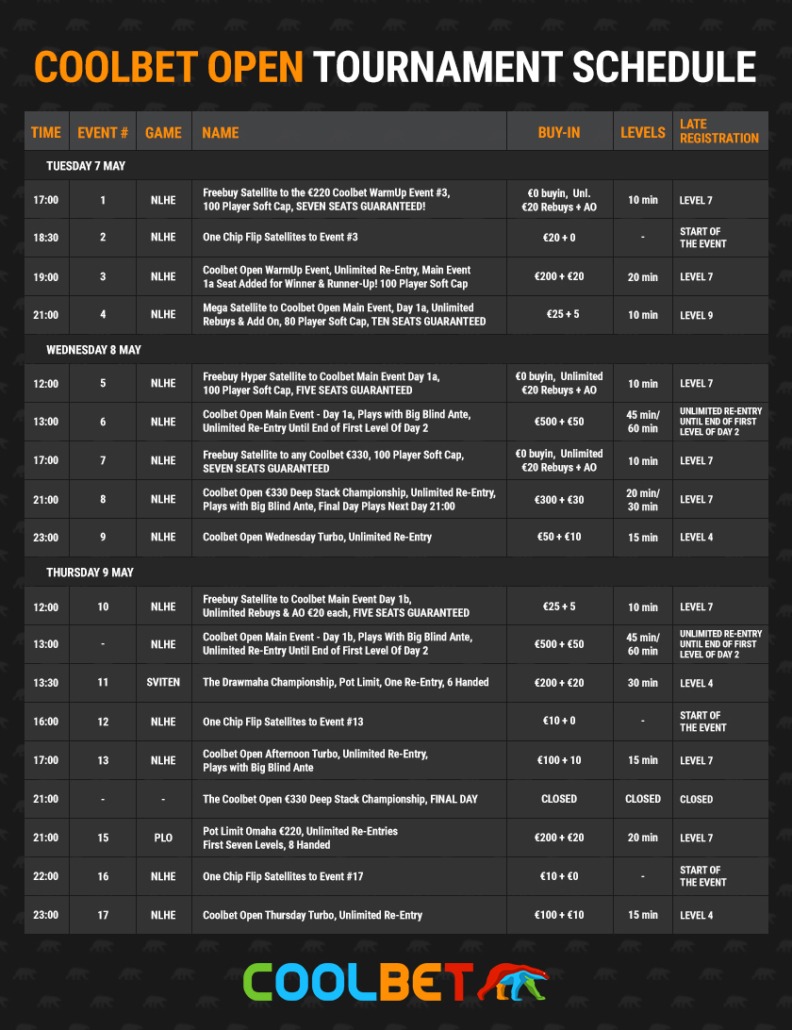 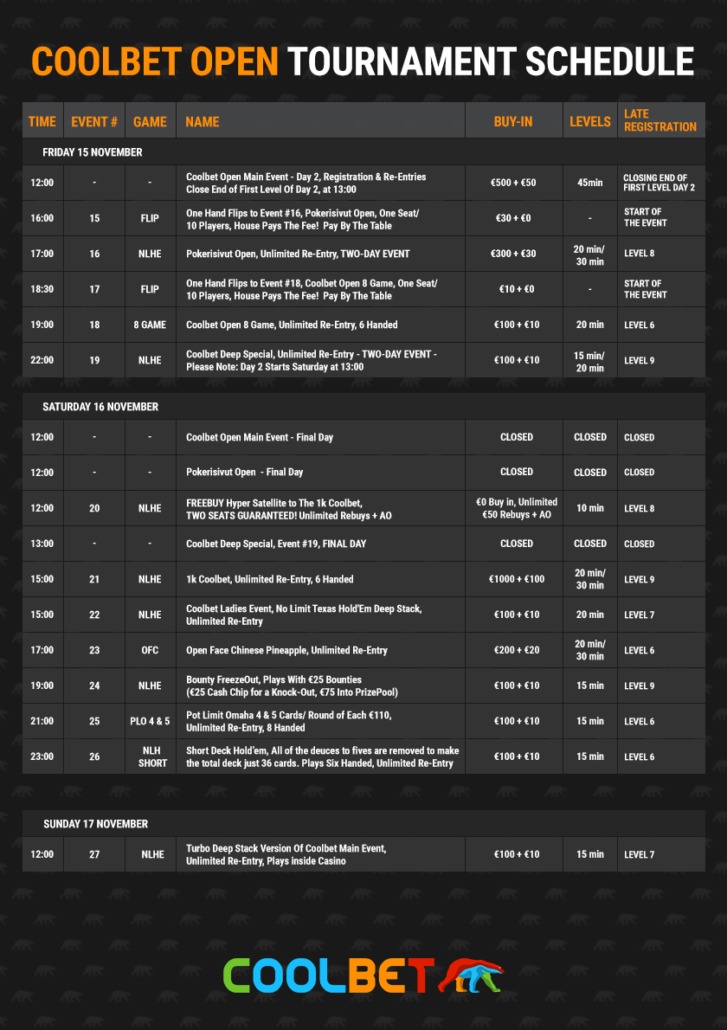 The future of Coolbet Open